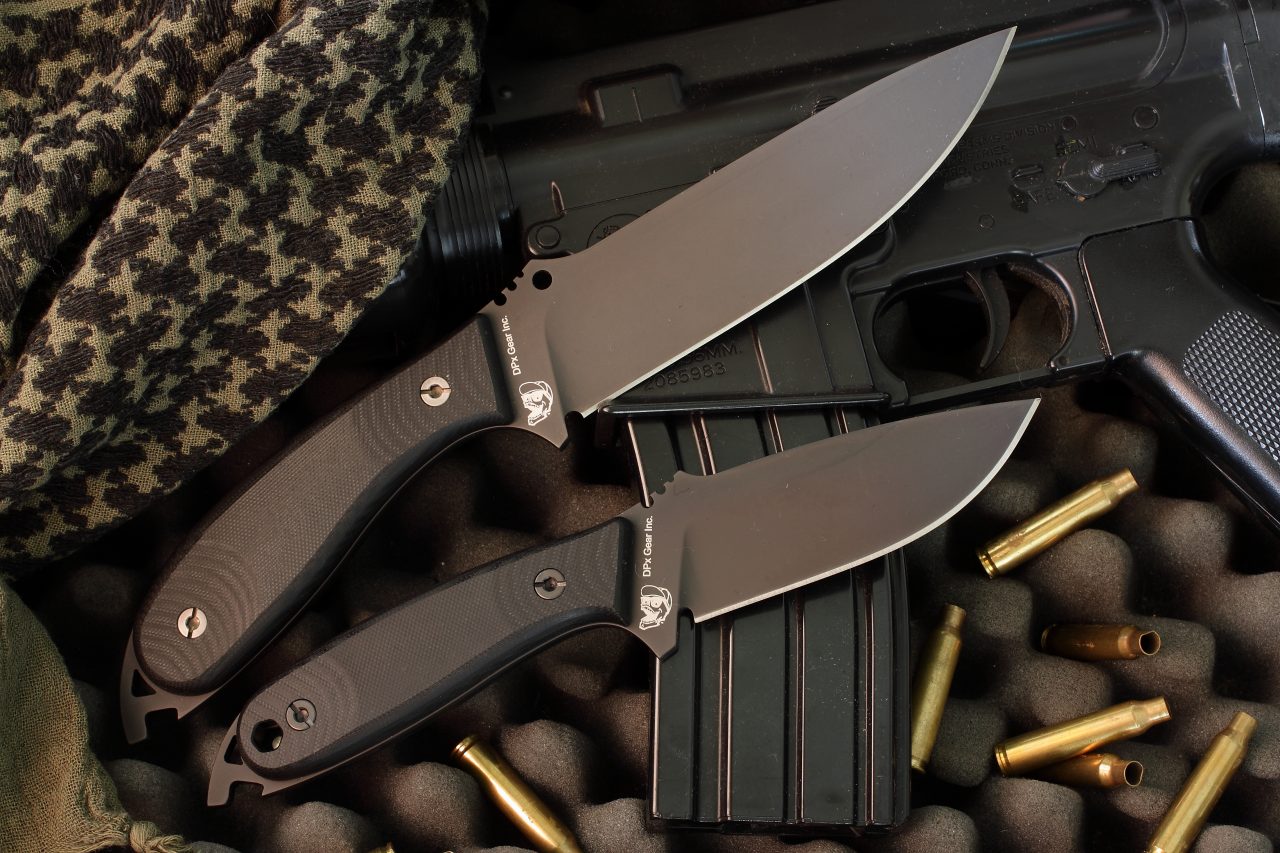 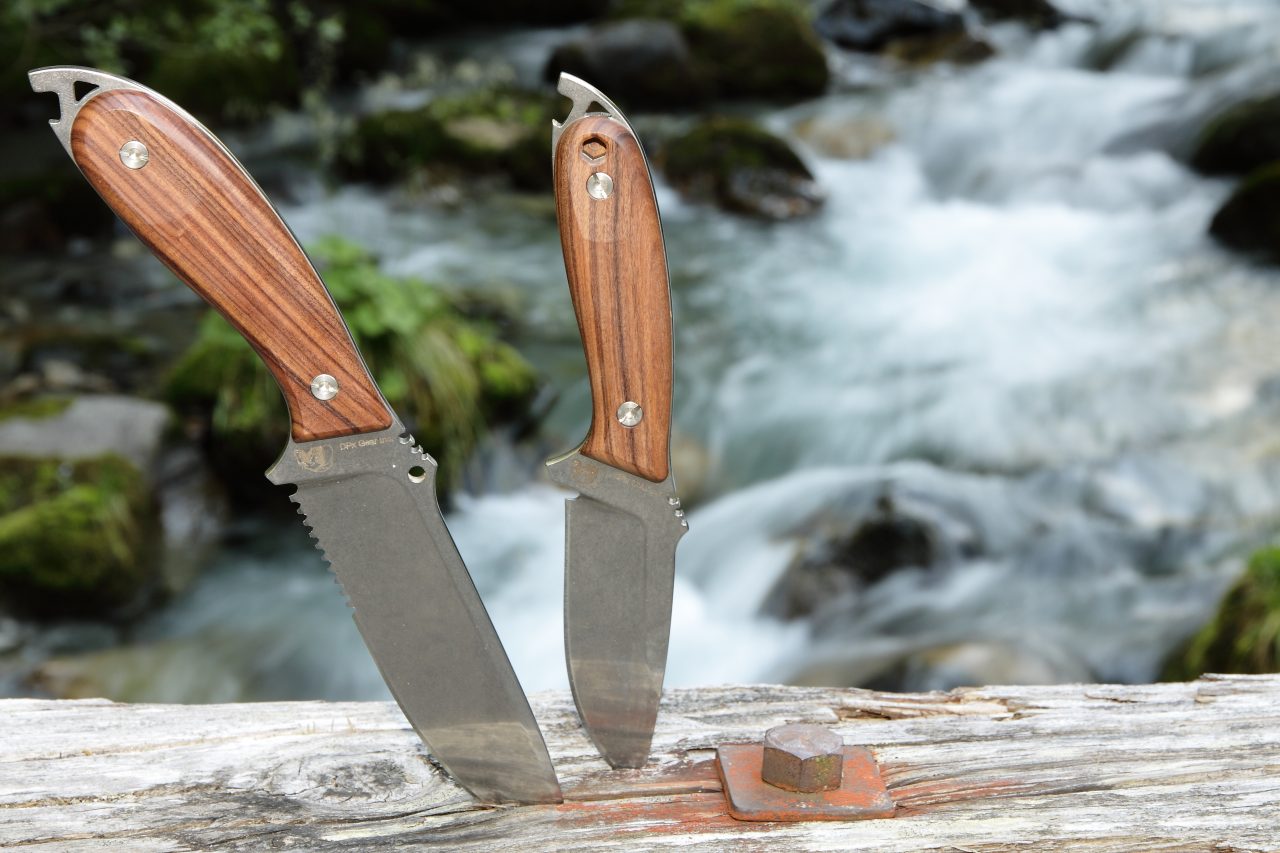 The Woodsman versions, available for both models, are the only ones with wooden handles. The blade has a stonewashed finish.
(Photo courtesy of Knives International Review) 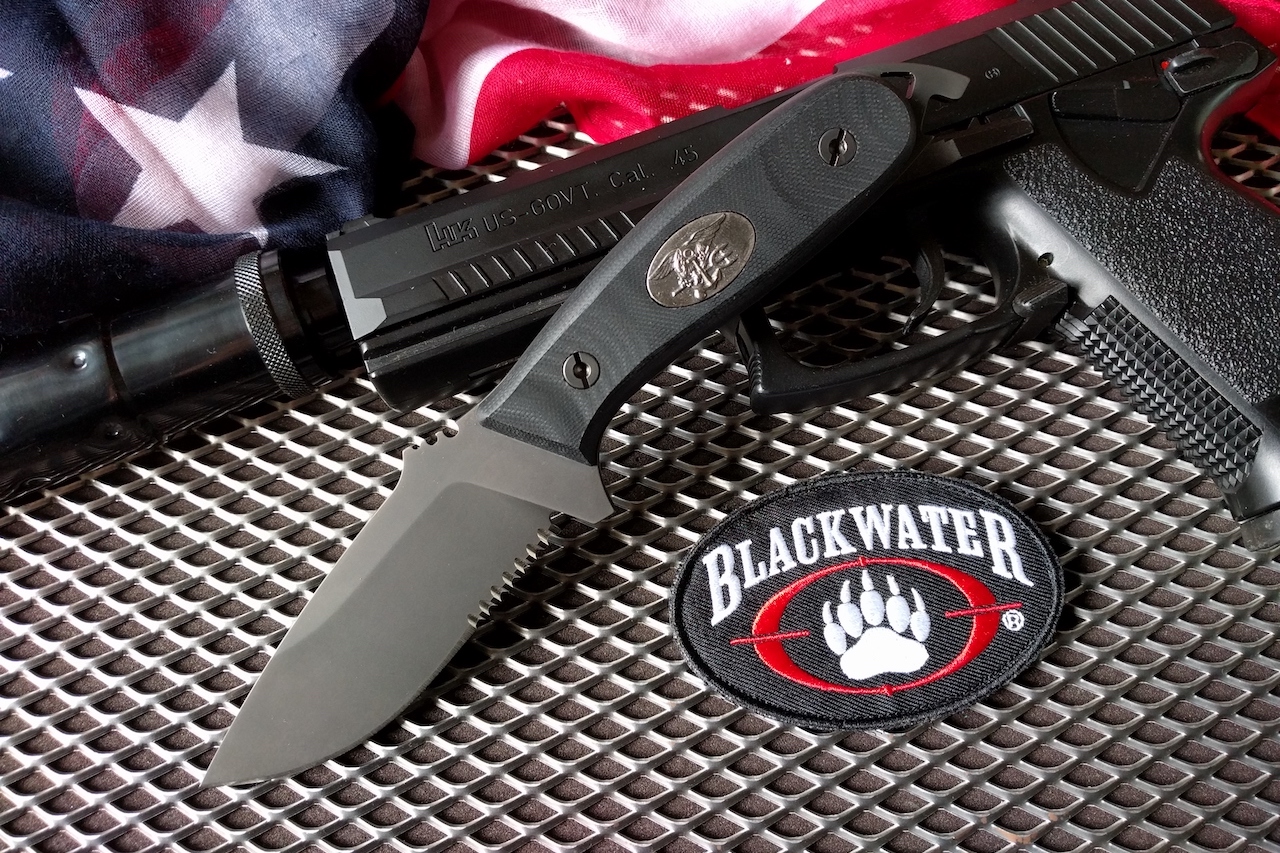 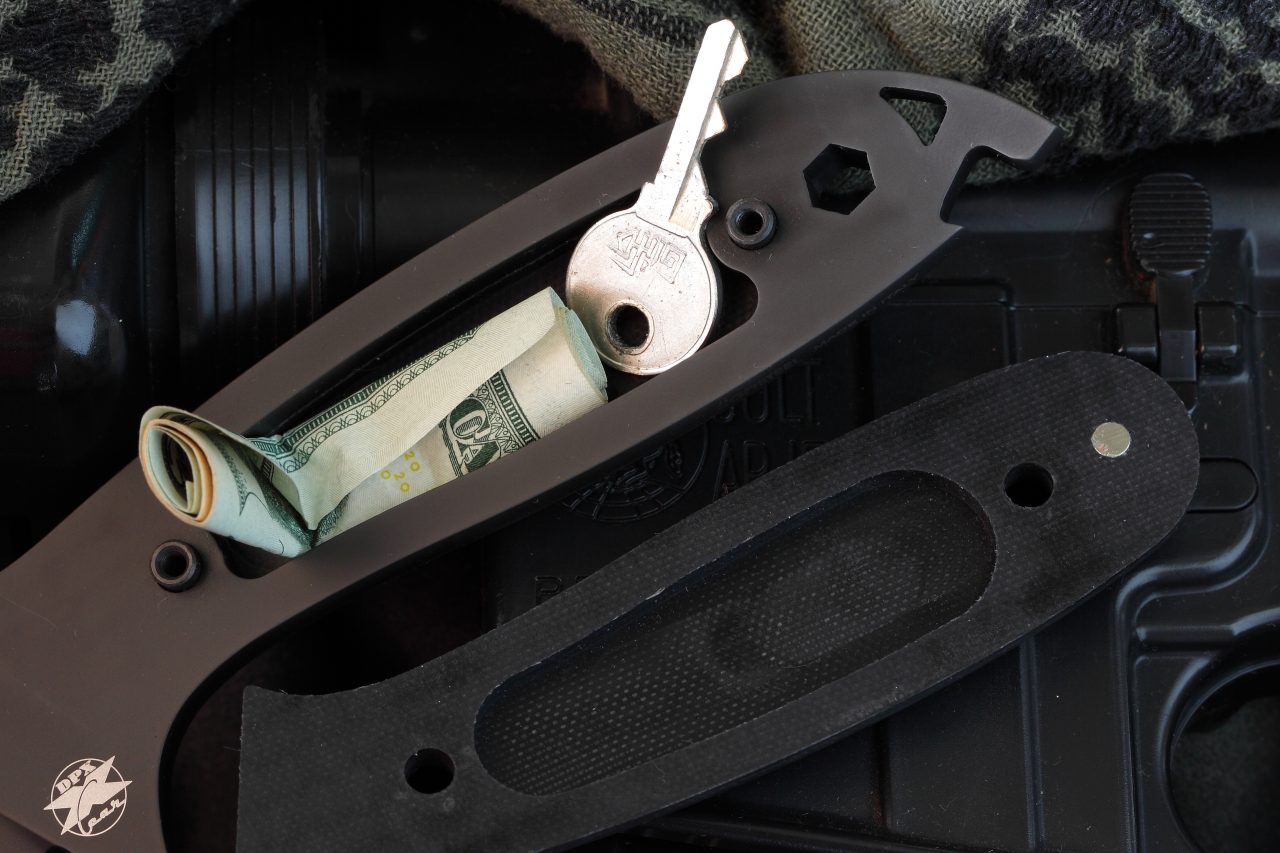 The grips of both models are hiding a compartment unexpectedly spacious. To allow access in every situation, the screws have both the Torx that the classic cut.
(Photo courtesy of Knives International Review) 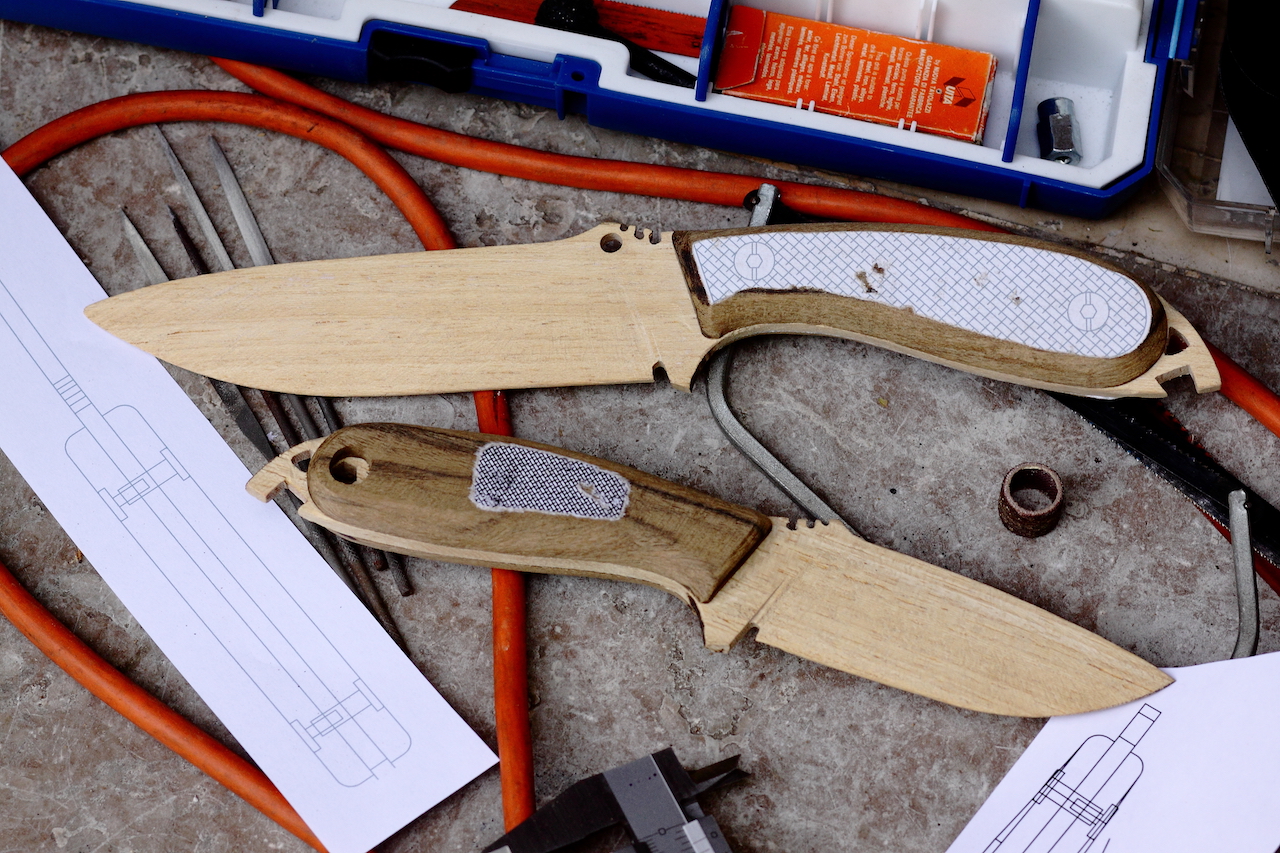 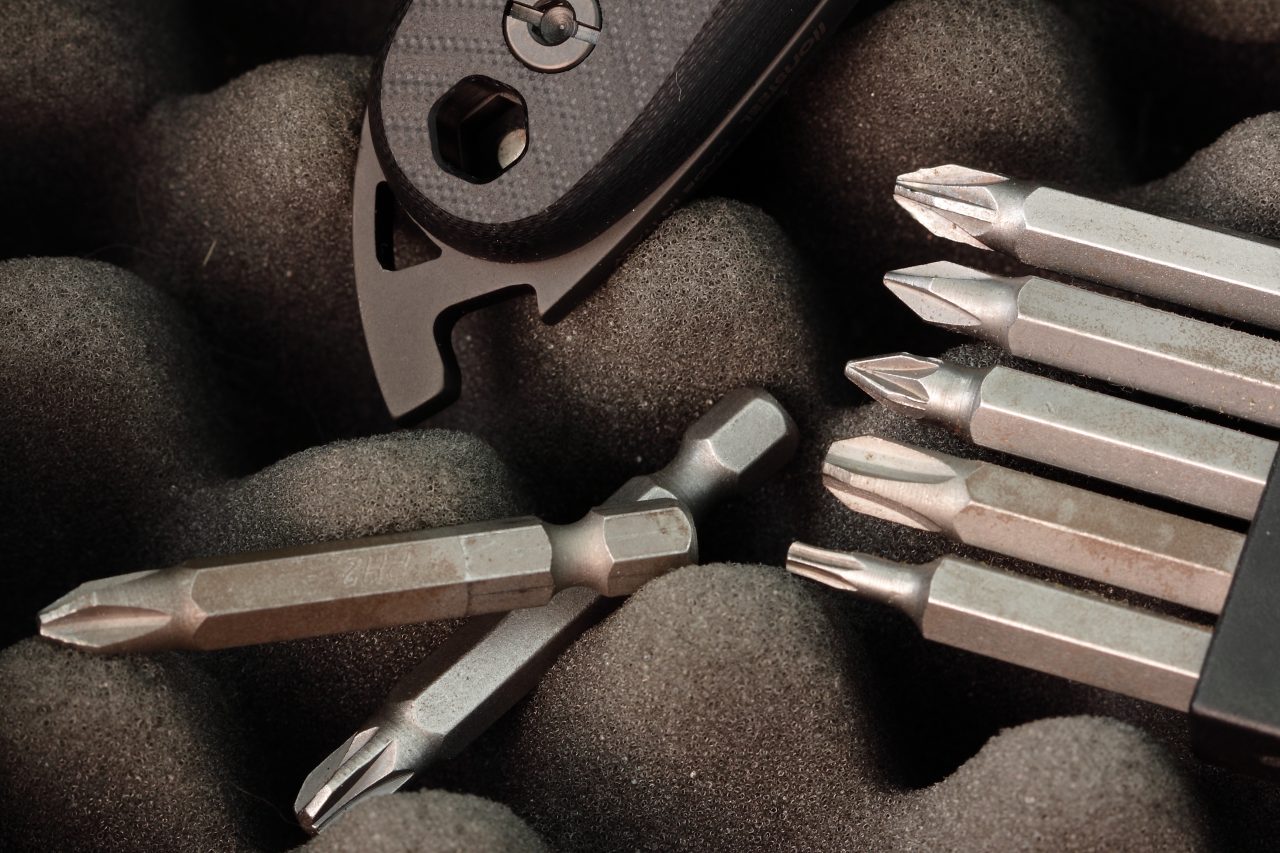 Only on H.E.F.T. 4, the right scale has a seat for standard hex bits, with magnatic retention.
(Photo courtesy of Knives International Review) 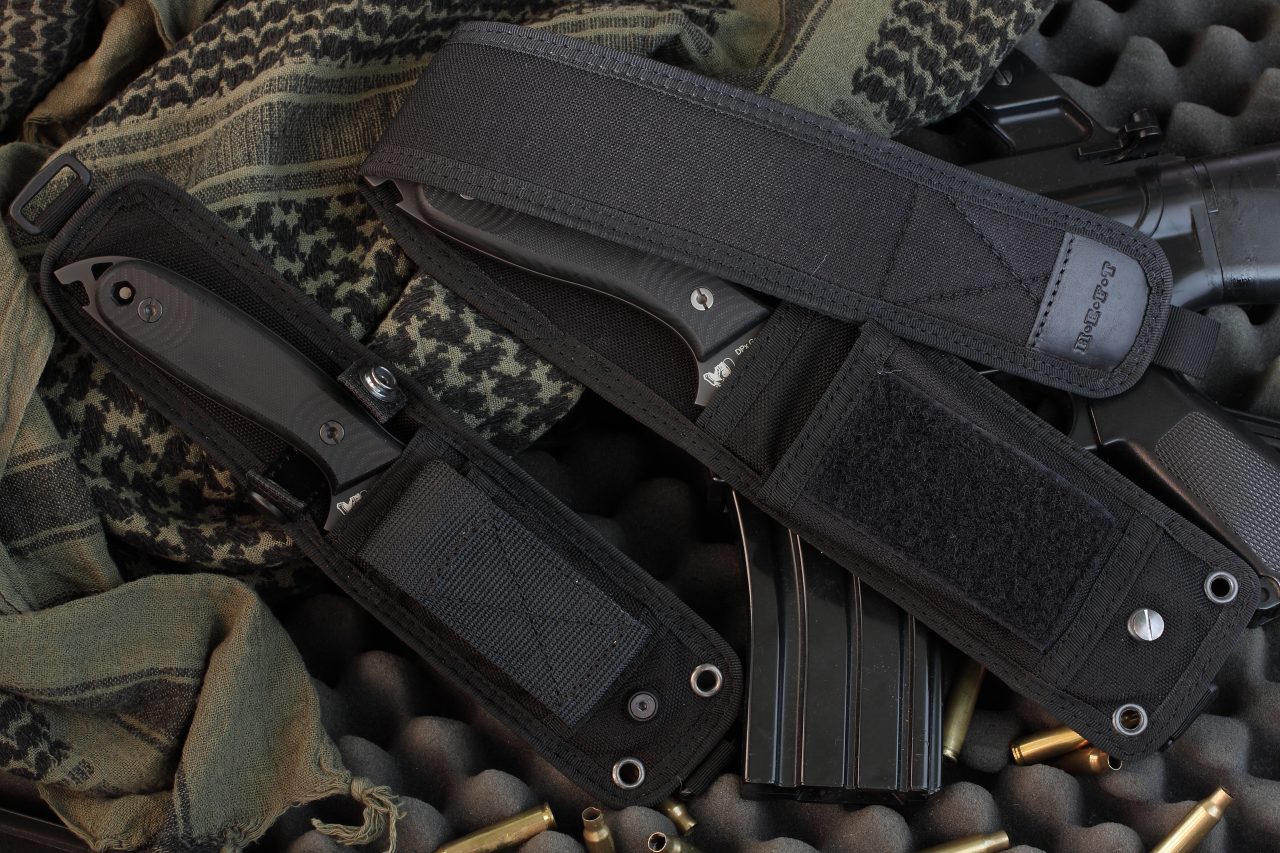 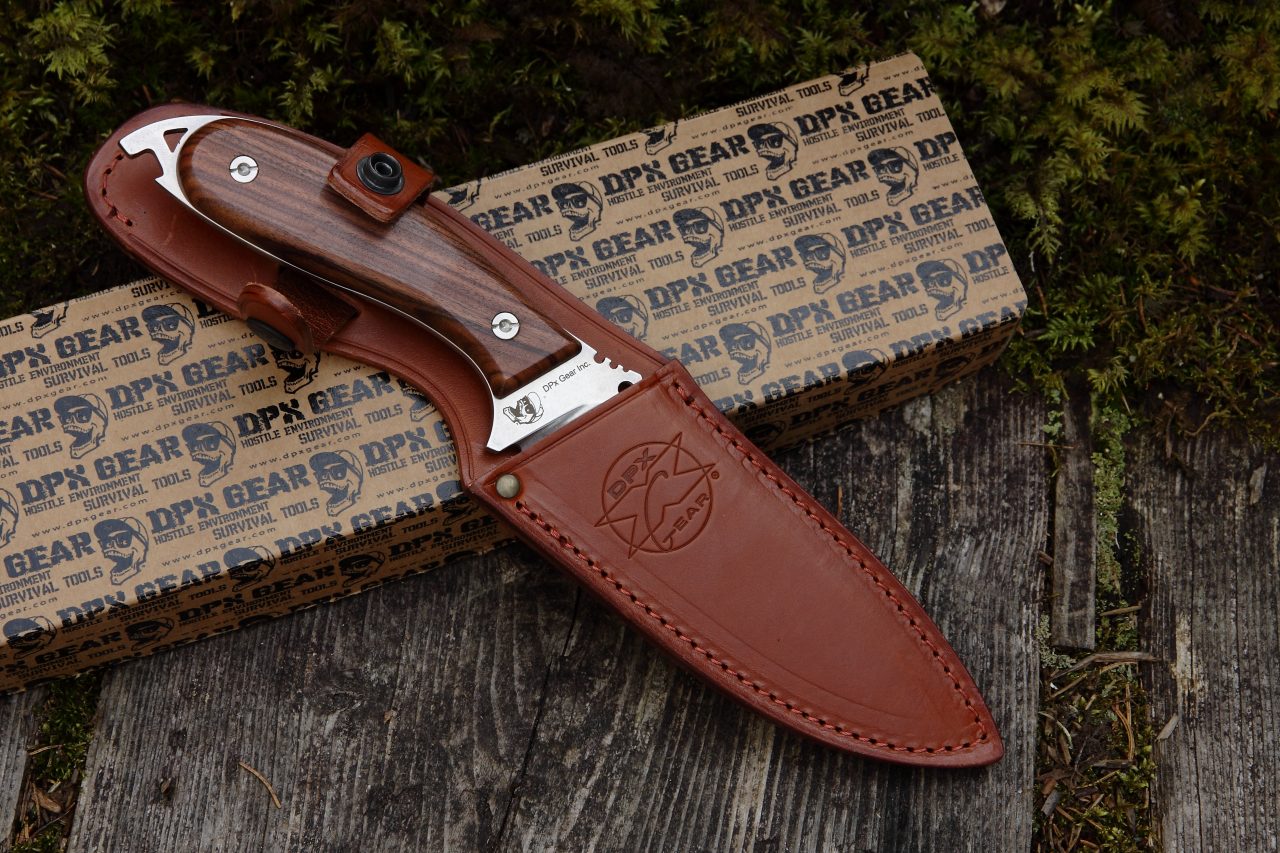 The Woodsman versions are accompanied by a brown leather sheath, made for belt carry.
(Photo courtesy of Knives International Review)

DPx Gear is a company founded by Robert Young Pelton, which designs and markets equipment for demanding uses in military and professional environment.
Adventurer, writer and journalist, R.Y.P. has spent the last 30 years documenting what was happening in the most dangerous places around the world ( Afghanistan, Somalia, Iraq, Burma and many other places ), closely with representatives of the various factions, contractors, military and civilians accustomed to survive in extreme environmental contexts .
For its products, DPx draw from his long experience in war zones and hostile environments: they are made to be reliable, tools you can rely on, both for daily needs in places with insufficient or no civilization, both in emergency situations.

The search for quality

Since one of the main requirements of DPx knives is reliability in every condition, as evidenced by the lifetime warranty, the company chose to have them produced in Italy by Lionsteel, in Maniago.
My first meeting with Mr. Pelton took place during the 2011 edition of the IWA Show in Nuremberg, where I was asked to work on the design of H.E.F.T. 4 and H.E.F.T. 6 models.
Immediately after the show, I started developing a set of drawings in constant contact with John and Gianni Pauletta, owner of Lionsteel. We finally came, after more than thirty variations, at two final designs.

The acronym H.E.F.T. stands for “Hostile Environment Field Tool”, and is followed by a number indicating the blade length, 4 or 6 inches.

Since the knives are designed for intense uses, the handle, common to both models, is very simple, for the maximum ease of use and versatility. There isn’t any grippy texture, which might be annoying, nor protrusions that force to handle it only in certain ways. The lower quillon is quite big, so as to take the hand away from the edge, while the upper one is replaced by a protrusion, which provides a good support for the thumb, but leaves it free to be positioned further along the back of the blade.
The grip panels are secured by Torx screws, to be preferred if you do not want to spoil the aesthetics, but also possess a notch to loosen them using a flat screwdriver or a coin.

Profiles are similar and simple, yet very different: while the four-inches blade is more inclined to be a utility, the long one does not mind fighting.
Both have drop point shape and high bevels, so as to maximize the performance guaranteed by the two steels. The longest has a hole near the ramp for the thumb, useful to set a wrist strap, increasing safety during continued use. The edge changes depending on the version, it can be completely plain or partially serrated, as well as the blade finish. Trademarks are reduced and placed in areas not subject to wear.

The handle hides a surprisingly large hollow that can hold small items without affecting the overall robustness. To access them, simply remove the two screws.

During the development, RYP was very clear about some additional features that should be included in the final design. First, knurling on the thumb rests should have had grooves of increasing diameter, made to insert wire, and bending it to the right and to the left, shear them. Furthermore, the tang would have to protrude in the rear, so that it can be used as lever, bottle opener and glassbreaker, avoiding unnecessary stress on the blade. Clearly, we have it carefully placed where it would not have bothered the hand.

Only on H.E.F.T. 4, the right grip panel has a hexagonal hole intended to accommodate stardard bits, held thanks to a magnet.

Also DPx Gear got the exclusive license to design and market knives that boast the famous Blackwater brand, creating a special H.E.F.T. 4 modified for the US Naval Special Warfare, with combo edge, free of marks on the blade and with the SEAL logo embedded in the left scale.

Woodsman versions of both models are equipped with a brown leather sheat of classic design, made to be carried on the belt on the right side, which locks the handle by means of a belt with an automatic button.

H.E.F.T. with G10 handles initially had a Cordura sheath with a long flap, which completely covered the knife, maintaining a lower profile. Currently they are accompanied by modern sheaths with plastic core, removable and reversible. On the front there is a pocket for accessories, with adjustable velcro flap, while on the back there is a MO.L.L.E. linking system, which together with lugs and plastic loops, allows to configure the ideal attachment. The retention is entrusted to a strap with snap button.

The Bug Out Bag Guide 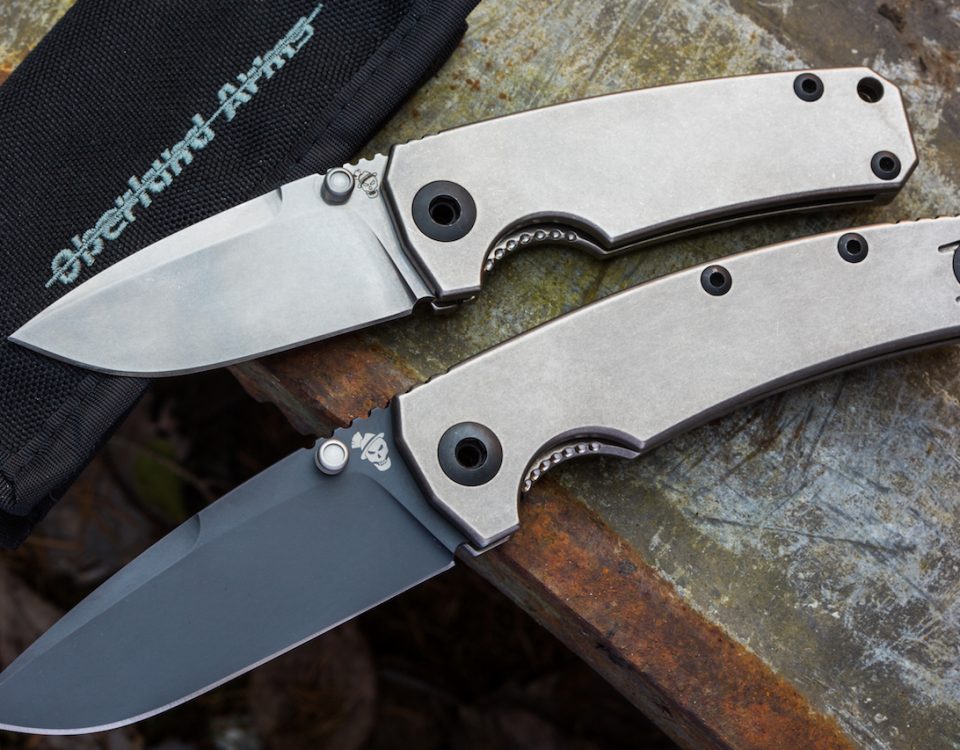 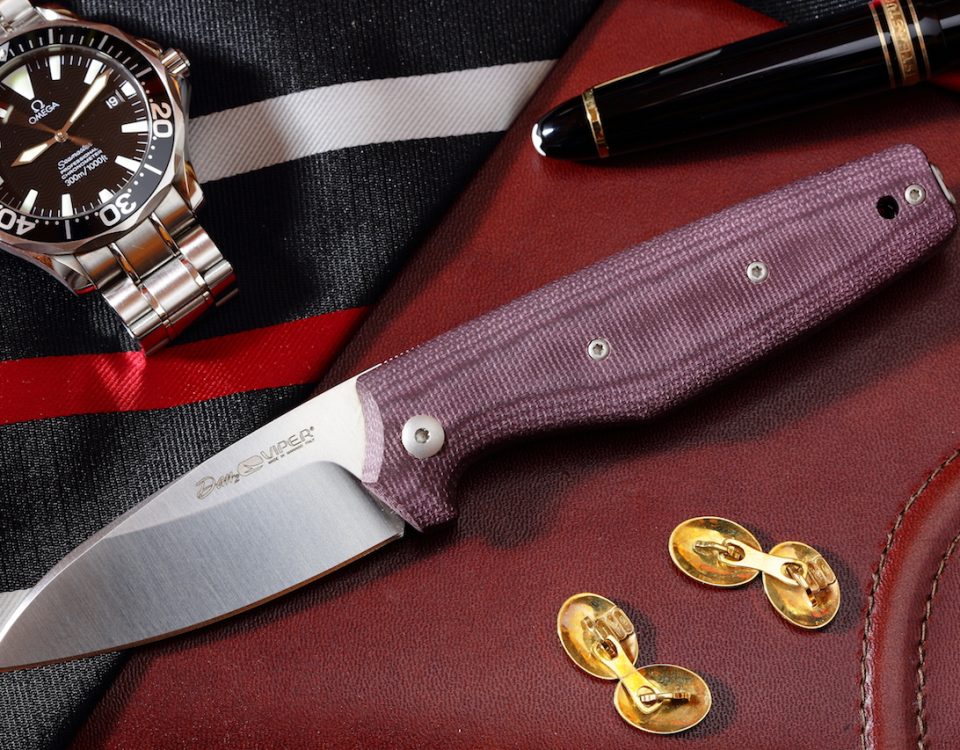 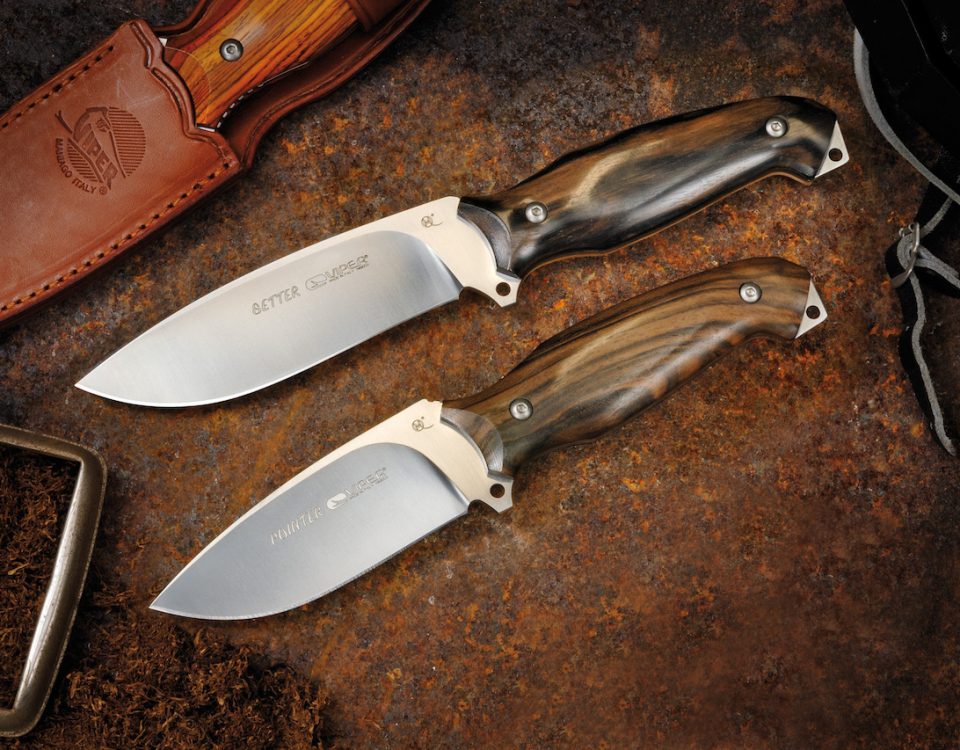